Hijama (Arabic: حجامة‎ lit. “sucking”) is the name in Arab traditional medicine for wet cupping, where blood is drawn by vacuum from a small skin incision for therapeutic purposes. Hijama is a form of medicine specifically mentioned and encouraged by Our beloved Prophet Muhammad (صلی اللہ علیہ وسلم). Among other ahadees, it is mentioned in that recorded by Imam al-Bukhari (5263) and Imam Muslim (2952), saying “The Hijama is the best of your remedies” (خير ما تداويتم به الحجامة).

Usually there is a confusion about sunnah points of Hijama

These are as marked on the image below.

3 points are on Head/neck 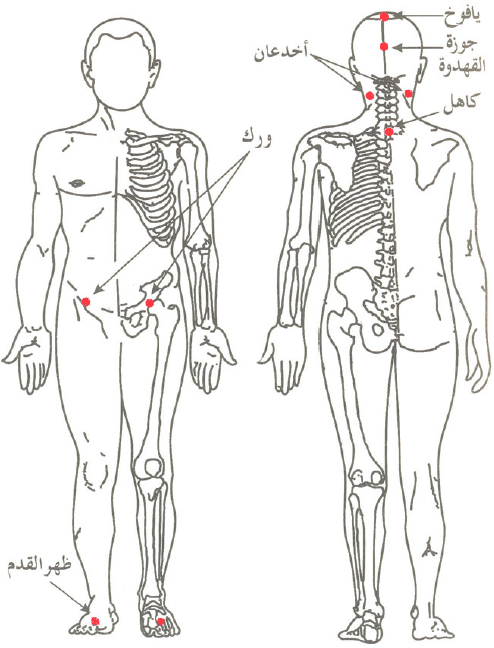 The “ورك” mentioned in above image can also be applied on back side instead of front.